Popular posts from this blog

April 26, 2021
On the evening of 16th March 2021, the Durham Analytics Day was held online, at which academics and industry experts discussed how analytics can enhance decision-making processes. The two-hour event attracted over ninety participants to a series of interesting talks delivered by Eduardo Contreras Cortes (4most) on machine learning applications in the UK financial sectors (e.g., credit risk), Prof. Frank Krauss (Durham University) on a wide range of grand challenge projects undertaken by the Durham Institute for Data Science and Angela Castillo-Gill (Deliveroo) on building marketplace products with small decisions. This event was chaired by Dr. Riccardo Mogre, who is a co-director for the  Centre of Innovation and Technology Management  and supported by the  Operational Research Society  , the  Institute for Data Science , Durham University Operational Research and Data Analytics Student Group and Women in Data Science . Machine Learning (ML) Applications in Credit Risk The first talk b
Read more 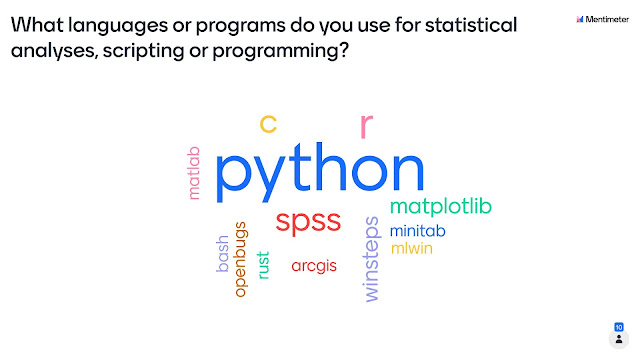 This week’s café conversation posed the questions " How can you be sure your statistical analysis or software is doing what you expect?" and "How can you make sure others will be able to use it and reproduce your results?"  As a Research Software Engineer, my answers would be to make use of practices and tools such as testing, version control, continuous integration and containerisation, but these concepts can be daunting to those unfamiliar with them, and will not be applicable across all domains. As our conversations are cross-disciplinary, with participants present from departments including Anthropology, Education, Computer Science and Geography, as well as from Advanced Research Computing (ARC) and the library systems team, we started the session with a short survey to try to gauge the sorts of tools and programming languages people are using, and how likely they were to use various tools/practices. Our participants use a wide range of tools, from programming l
Read more